3Q: How MIT is working to reduce carbon emissions on our campus 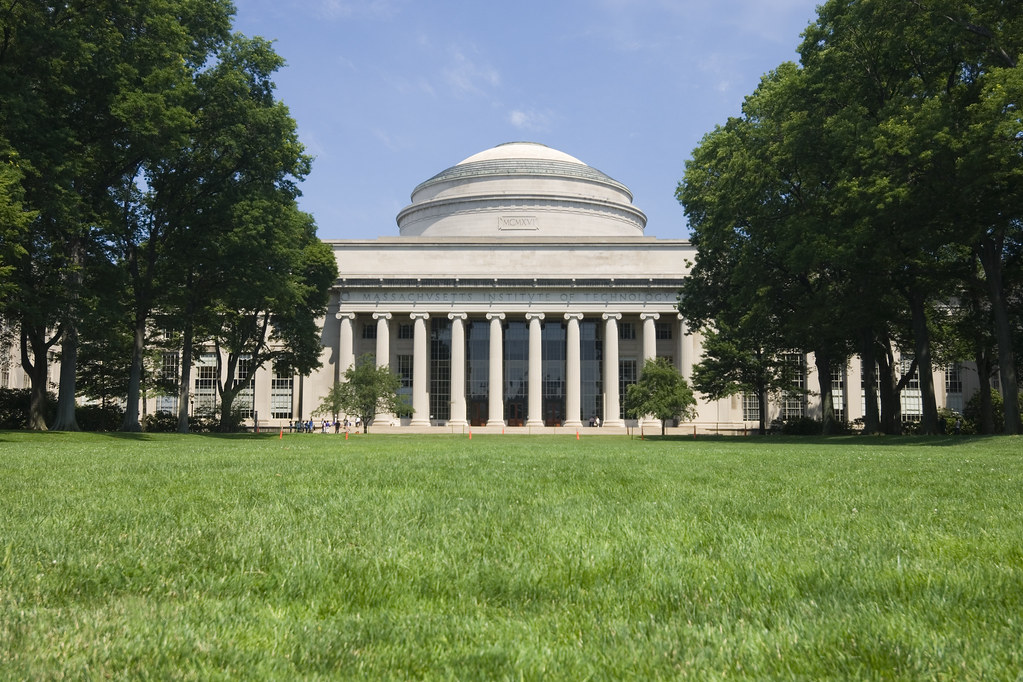 Office of the Vice President for Campus Services and Stewardship

Fast Forward: MIT’s Climate Action Plan for the Decade, launched in May 2021, charges MIT to eliminate its direct carbon emissions by 2050. Setting an interim goal of net zero emissions by 2026 is an important step to getting there. Joe Higgins, vice president for campus services and stewardship, speaks here about the coordinated, multi-team effort underway to address the Institute’s carbon-reduction goals, the challenges and opportunities in getting there, and creating a blueprint for a carbon-free campus in 2050.

Q: The Fast Forward plan laid out specific goals for MIT to address its own carbon footprint. What has been the strategy to tackle these priorities?

A: The launch of the Fast Forward Climate Action Plan empowered teams at MIT to expand the scope of our carbon reduction tasks beyond the work we’ve been doing to date. The on-campus activities called for in the plan range from substantially expanding our electric vehicle infrastructure on campus, to increasing our rooftop solar installations, to setting impact goals for food, water, and waste systems. Another strategy utilizes artificial intelligence to further reduce energy consumption and emissions from our buildings. When fully implemented, these systems will adjust a building’s temperature setpoints throughout the day while maintaining occupant comfort, and will use occupancy data, weather forecasts, and carbon intensity projections from the grid to make more efficient use of energy.

We have tremendous momentum right now thanks to the progress made over the past decade by our teams — which include planners, designers, engineers, construction managers, and sustainability and operations experts. Since 2014, our efforts to advance energy efficiency and incorporate renewable energy have reduced net emissions on campus by 20% (from a 2014 baseline) despite significant campus growth. One of our current goals is to further reduce energy use in high-intensity research buildings — 20 of our campus buildings consume more than 50% of our energy. To reduce energy usage in these buildings we have major energy retrofit projects in design or in planning for buildings 32, 46, 68, 76, E14, and E25, and we expect this work will reduce overall MIT emissions by an additional 10 to 15%.

Q: The Fast Forward plan acknowledges the challenges we face in our efforts to reach our campus emission reduction goals, in part due to the current state of New England’s electrical grid. How does MIT’s district energy system factor into our approach?

A: MIT’s district energy system is a network of underground pipes and power lines that moves energy from the Central Utilities Plant (CUP) around to the vast majority of Institute buildings to provide electricity, heating, and air conditioning. Using a closed-loop, central-source system like this enables MIT to operate more efficiently by using less energy to heat and cool its buildings and labs, and by maintaining better load control to accommodate seasonal variations in peak demand.

When the new MIT campus was built in Cambridge in 1916, it included a centralized state-of-the-art steam and electrical power plant that would service the campus buildings. This central district energy approach allowed MIT to avoid having individual furnaces in each building and to easily incorporate progressively cleaner fuel sources campus-wide over the years. After starting with coal as a primary energy source, MIT transitioned to fuel oil, then to natural gas, and then to cogeneration in 1995 — and each step has made the campus more energy efficient. Our continuous investment in a centralized infrastructure has facilitated our ability to improve energy efficiency while adding capacity; as new technologies become available, we can implement them across the entire campus. Our district energy system is very adaptable to seasonal variations in demand for cooling, heating and electricity, and builds upon decades of centralized investments in energy-efficient infrastructure.

This past year, MIT completed a major upgrade of the district energy system whereby the majority of buildings on campus now benefit from the most advanced cogeneration technology for combined heating, cooling, and power delivery. This system generates electrical power that produces 15 to 25% less carbon than the current New England grid. We also have the ability to export power during times when the grid is most stressed, which contributes to the resiliency of local energy systems. On the flip side, any time the grid is a cleaner option, MIT is able to import a higher amount of electricity from the utility by distributing this energy through our centralized system. In fact, it's important to note that we have the ability to import 100% of our electrical energy from the grid as it becomes cleaner. We anticipate that this will happen as the next major wave of technology innovation unfolds and the abundance of offshore wind and other renewable resources increases as anticipated by the end of this decade. As the grid gets greener, our adaptable district energy system will bring us closer to meeting our decarbonization goals.

MIT’s ability to adapt its system and use new technologies is crucial right now as we work in collaboration with faculty, students, industry experts, peer institutions, and the cities of Cambridge and Boston to evaluate various strategies, opportunities, and constraints. In terms of evolving into a next-generation district energy system, we are reviewing options such as electric steam boilers and industrial-scale heat pumps, thermal batteries, geothermal exchange, micro-reactors, bio-based fuels, and green hydrogen produced from renewable energy. We are preparing to incorporate the most beneficial technologies into a blueprint that will get us to our 2050 goal.

Q: What is MIT doing in the near term to reach the carbon-reduction goals of the climate action plan?

A: In the near term, we are exploring several options, including enabling large-scale renewable energy projects and investing in verified carbon offset projects that reduce, avoid, or sequester carbon. In 2016, MIT joined a power purchase agreement (PPA) partnership that enabled the construction of a 650-acre solar farm in North Carolina and resulted in the early retirement of a nearby coal plant. We've documented a huge emissions savings from this, and we're exploring how to do something similar on a much larger scale with a broader group of partners. As we seek out collaborative opportunities that enable the development of new renewable energy sources, we hope to provide a model for other institutions and organizations, as the original PPA did. Because PPAs accelerate the de-carbonization of regional electricity grids, they can have an enormous and far-reaching impact. We see these partnerships as an important component of achieving net zero emissions on campus as well as accelerating the de-carbonization of regional power grids — a transformation that must take place to reach zero emissions by 2050.

Other near-term initiatives include enabling community solar power projects in Massachusetts to support the state’s renewable energy goals and provide opportunities for more property owners (municipalities, businesses, homeowners, etc.) to purchase affordable renewable energy. MIT is engaged with three of these projects; one of them is in operation today in Middleton, and the two others are scheduled to be built soon on Cape Cod.

We’re joining the commonwealth and its cities, its organizations and utility providers on an unprecedented journey — the global transition to a clean energy system. Along the way, everything is going to change as technologies and the grid continue to evolve. Our focus is on both the near term and the future, as we plan a path into the next energy era.

3Q: How MIT is working to reduce carbon emissions on our campus